Release day!  Not only a new release, but the start of a whole new series!  I’ve been working towards this day for a couple of years now, so I’m very excited for this launch.

The Dashkova Memoirs is a new series along the lines of the Dresden Files or Sherlock Holmes: A Game of Shadows, filled with myths of the ancient world.  Book two, A Cauldron of Secrets, will be available on May 12th, and the third book, Birds of Prophecy, will follow a few weeks later.  Here’s the cover, by the exquisite Ravven: 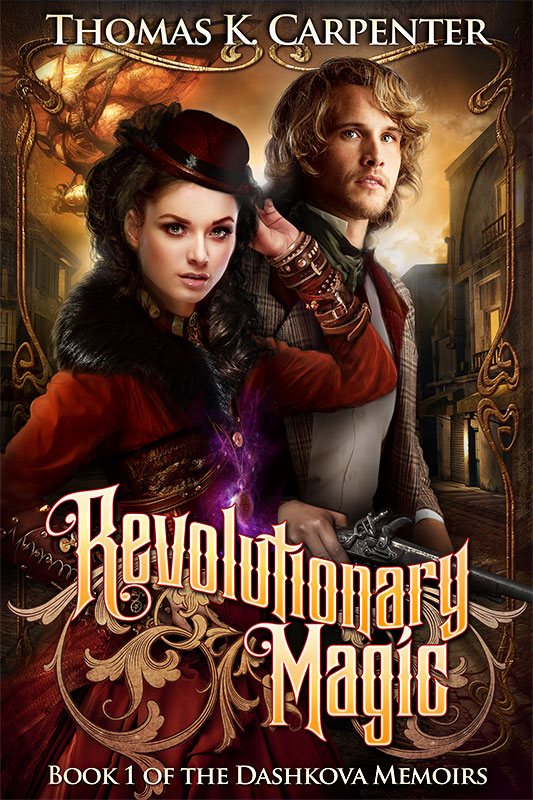 Revolutionary Magic is the first book of The Dashkova Memoirs historical fantasy series.

Book two, A Cauldron of Secrets, will be released on May 12th!