It’s official.  I can’t get excited about AR marketing campaigns or AR products that don’t do anything.  I need an invisible creature on my desk that I can only see on my iPhone as much as I need a set of bowling pins.

But I’m not going to sit here and complain about that.  Instead I’m going to give some suggestions for AR products I’d like to see in a series I’m going to do called–Steal This Idea!

This week I want to talk about a slice of the gaming market that is absolutely ripe for Augmented Reality–miniature gaming.  If you’re not familiar with miniature gaming, then I’ll break it down for you.  Miniature games are all about tactical combat on a table sized board with terrain. 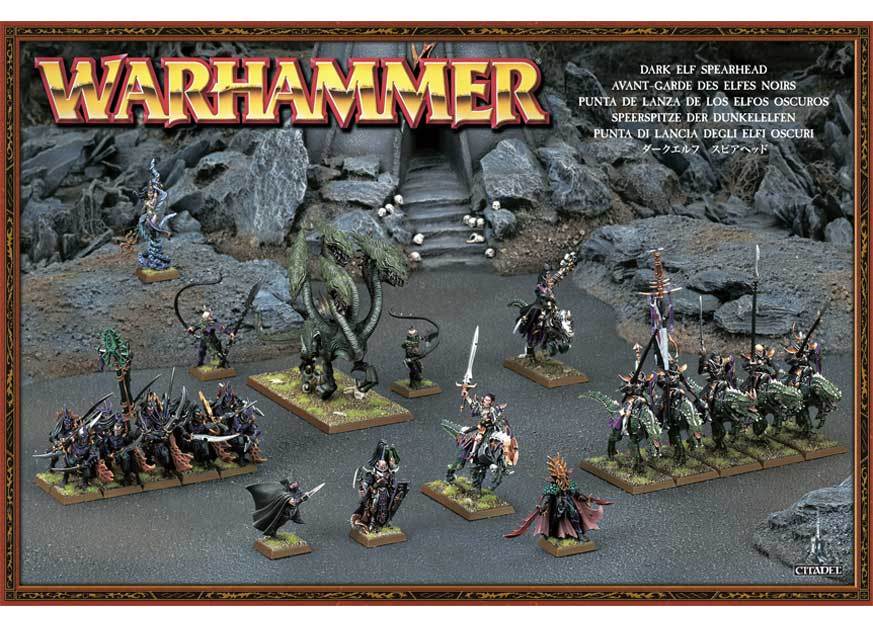 The fun of miniature gaming is standing around a table with a few of your close friends and outwitting them in tactical combat using insanely cool looking painted pewter figures.  I’ve played a variety of these games all the way back to Chainmail, the game that eventually spawned Dungeons and Dragons.

The downside of these games is the high cost for the miniatures, poor portability of the equipment, painting the figures and arbitrating the rules.  These are problems augmented reality was meant to solve.  The style of play even works for marker AR because base plates are used to hold regiments of figures.

Instead of having to buy a $600 painted Warhammer army, a high cost of entry, one could simply download an army to play.  The miniatures could be rendered in devilish detail down to the blood on the scythes of the skeletal horseman.  The console could arbitrate the rules in a convenient fashion, or if they preferred rolling dice, could read the dice thrown onto the table.

Games could be played on a table near the big screen with all the details drawn onto the table using augmented reality.  This would keep the game active with opponents moving around the table rather than being stuck at a stationary screen like most computerized strategy games.  The actual resolution of the combat in gory detail would be a huge plus.  Armies could leap at each other, drenching each individual combattant in glorious battlelust.

If these thoughts aren’t enough to get a fledgling AR game developer to jump into the fray, think about the demographic of the miniature gamer.  They’re willing to plunk down thousands of dollars for painted miniatures, terrain and battle tables.  They’d be happy to spend a tiny fraction of an army cost to purchase a new way to play an old game.

3 replies on “Steal This Idea!”