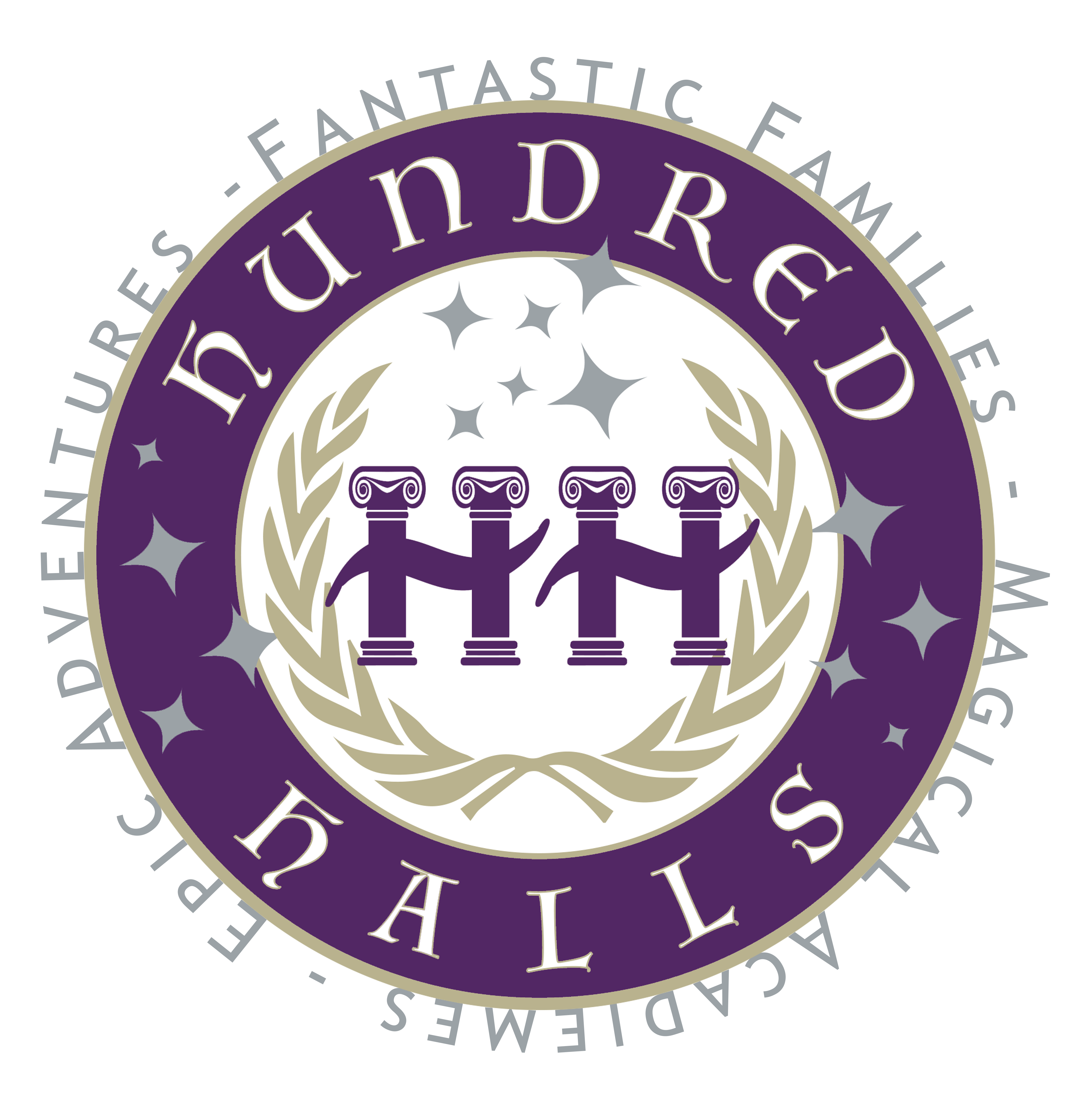 A few weeks ago I asked for you to submit any questions you had about writing or the Hundred Halls books. We’ve complied all the questions and here are some of the answers:

Is your brain constantly buzzing with stories?

A: The beauty of a childhood spent bored out of my mind was the opportunity to develop my imagination.  When I wasn’t wandering around the woods of my rural Missouri home, imagining I was on an adventure and slaying dragons that might have looked like a dead tree if you squint hard enough, I was lying around reading books of all genres (though Fantasy and Sci-Fi have always been my favorite).  Reading and daydreaming helped me hone the skills required to be a fiction writer, which means these days I can’t read a book or watch a TV show/movie, without new ideas being spawned from the ether of my brain.  In the case of the Hundred Halls, the way the school and world is set up provides a lot of inspiration that could keep me writing books in the series for many lifetimes.

Absolutely brilliant series, I’ve been one of your arc readers right from book 1, where did you get your ideas for the different halls and types of magic that they possess?

A: First off, thank you!  I appreciate your support all these years.  I’m proud of how the Hundred Halls have turned out and ARC readers like yourself have been an important part of that creative process.

The ideas for the different Halls came about a number of different ways.  The obvious ones came from a history of reading fantasy and enjoying certain tropes like animal companions, or magical assassins.  Other ideas came from my yearly get-together with some other professional writers where I had originally pitched the Halls idea (and subsequently changed about 50% of what I had planned to do based on their feedback).  Another group of ideas just came from the necessity of filling out so many different halls (the mother of invention as they say!), but I tried to think in practical terms about what kind of magics would be useful in the world, which would give someone the reason to invent them.

Do you have a favorite series?

A: Books are like children.  You can never truly have a favorite.  However, there are certain aspects of books that I love how they turned out like: the bond between the sisters in the Hundred Halls, or the impossible “heist” of the Reluctant Assassin, the story lines away from the school in Animalians, the ridiculous pirate adventure in the fourth book of Gamemakers, or how the screwed up Charmer siblings came together over the course of the books.

Since I gave such a non-answer, I will answer the question for my other books.  My favorite series that isn’t in the Hundred Halls is the Alexandrian Saga.  I won’t go into too much about the series here, but I’ve always thought (and been told by so many others) that they’re the books that most feel like they should be a series of movies.

Which author do you think has been most influential to you becoming an author yourself?

A: The books that captured my imagination the most, and therefore shaped my desire to become an author, were the Pern books by Anne McCafferty.  I loved the Pern books and couldn’t help but wonder what it would be like to be bonded with a dragon.  I was rather sad when she passed away years ago, that I’d never had a chance to meet her.

Taking the question a little deeper, which author helped shape the kind of writer that I would become, it would be George RR Martin.  While many people only know his Game of Thrones series (also known as Song of Fire and Ice), I was a huge fan of his short fiction.  He’s written some classic stories like Nightfliers, The Sand Kings, and The White Wurm, some of which have been turned into TV shows or movies.  Fortunately, I’ve had a chance to meet George on a couple of occasions and can report that he’s a delightfully kind person, who deserves the success that he’s enjoyed over this past decade.

If your books were turned into a movie or series, who would play some of the parts?

A: This is a question that I’d love to hear fans opinions on, but since it’s something I’ve thought about myself, I’ll throw out a few of my ideas. (Honestly, I’d be happy with anyone who could play the parts well, regardless of physical details of who they were and how they matched the descriptions in the books.)

Priyanka Sai – While Shohreh Aghdashloo (from the Expanse) is probably too old to play the part now, she’s got the gravitas.  Priyanka Chopra would probably fit the description, though I’ve never actually seen her act.

Celesse D’Agastine – Charlize Theron.  Right now, she’s my favorite action star period (The Old Guard, Mad Max: Fury Road, Atomic Blonde), so having her in my stories would be an honor.

Aurelia Silverthorne – Melissa Barrera – Watched her in Keep Breathing.  I’m in the middle of watching it, but she’s a compelling actress and I’m enjoying the show.

These are just a few off the top of my head.  Who would you like to see?