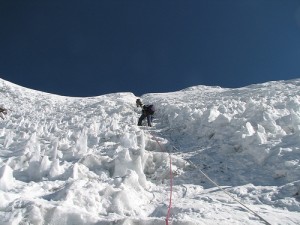 Becoming a professional writer and starting up a new company have a lot in common.  Both require skill, luck and most importantly–perseverance.

Another thing the two professions have in common is that everyone believes they have that one great novel idea and that one great company idea in them.  If only they could find a worthy person to turn that idea into a tangible product.

Unfortunately, the world is full of unrealized ideas.  The recent movie The Social Network had a great line from Mark Zuckerberg summing it up:  “If you guys were the inventors of Facebook you’d have invented Facebook.”

The real key is the hard work and perseverance it takes to turn those ideas into reality.  And when I speak of perseverance, hard work is a part of that.  You can’t have one without the other.

It’s been said that only 3% of people that start a novel even finish it.  An even smaller percentage write another novel past the first and even after you write the novel, it takes even more perseverance to get it published.

Reviewing the statistics from Jim C. Hines‘ study last year, we learn that professional writer’s don’t break in until the fourth novel.  That’s right.  When you’re reading that debut novel from such-and-such author, it’s most likely not their first novel.  And with the lead time of writing the novel to coming out in print around two years, they’ve probably written at least another three novels as you’re pulling their first off the shelf.

What does that mean for me?  I’ve just started sending out packages to various editors on my latest novel, the fourth I’ve written so far.  It’ll take about a year or two to really know if I’ll sell that one.  My second and third are also out making the rounds, though I have much more hope for the third (The Digital Sea) than the second (a coming-of-age novel.)  While I’m waiting on those, I’m currently finishing a fifth novel that should be done by the end of the year.  Next year I’ll get my sixth and seventh complete, in addition to another dozen short stories.

That may seem like a lot of writing, but I put in about thirty hours a week, every week.  This is in addition to my full time job and a family with loads of activities.  Thankfully, I can fit in a lot of writing time late at night or early on the weekends.

The hard part is not knowing how long it will take.  The publishing industry is rife with dead ends and pitfalls and the industry in a state of upheaval right now.  But I’m not giving up, no matter how many novels or words written it takes.

J.A. Konrath, the poster boy for the e-Publishing movement, said it best: “There’s a word for a writer who never gives up… published.”

So I just can’t give up.